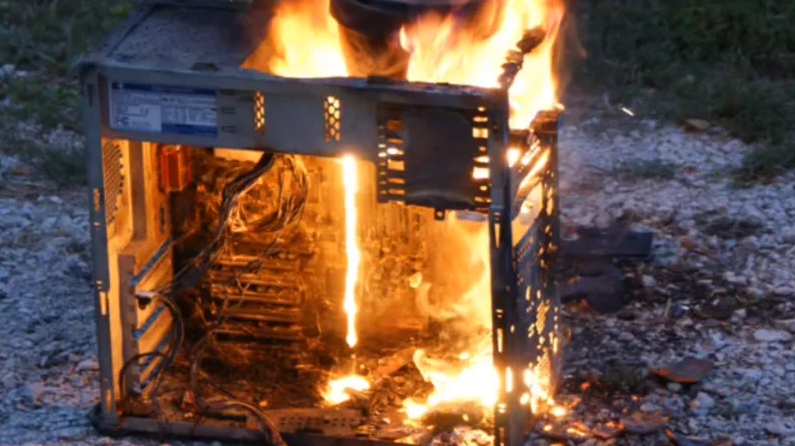 In retrospect, I should’ve taken a sledgehammer to my pile of electronic garbage long ago, or maybe tossed it into a burn barrel before soaking the charred remains in a bath of hydrochloric acid. Overkill? Maybe not.

A recent experiment by Josh Frantz, a senior security consultant at Rapid7, suggests that users are taking few if any steps to protect their private information before releasing their used devices back out into the wild. For around six months, he collected used desktop, hard disks, cellphones and more from pawn shops near his home in Wisconsin. It turned out they contain a wealth of private data belonging to their former owners, including a ton of personally identifiable information (PII)—the bread and butter of identity theft.

Frantz amassed a respectable stockpile of refurbished, donated, and used hardware: 41 desktops and laptops, 27 pieces of removable media (memory cards and flash drives), 11 hard disks, and six cellphones. The total cost of the experiment was a lot less than you’d imagine. “I visited a total of 31 businesses and bought whatever I could get my hands on for a grand total of around $600,” he said […]

The full article can be accessed at: https://t.co/ijNH8gmCHo (Gizmodo)